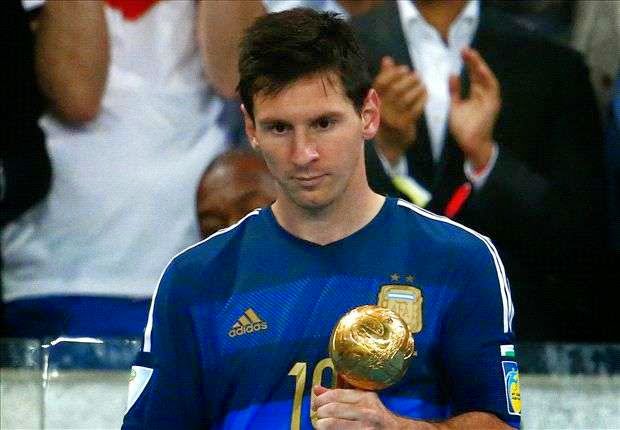 Argentina on Sunday night defeated in the finals of the Mundial from Germany, FIFA is a bit unexpected awarded Messi the Ballon d'Or.

"I'm sorry for my country. Goetze's goal really hurts. Great sadness in my heart because of the defeat. I think that Argentina deserved at least the finals. Germany won due to a misunderstanding of the Argentine last line," said Maradona, adding:

"Messi? I'd give him the heavens when it would be possible, but it's not fair to get an award for something that did not deserve it just because of a marketing plan."

Commenting on the (lack of) success.

"These players are warriors. They left their skin on the ground and gave their all. Squad played a great World Cup and players can look at each other and say we gave everything. It was a very equal match. They had more possession, but we had more opportunities. When you have such opportunities in such a match, you have to use them. We missed our efficiency, "added Sabella.