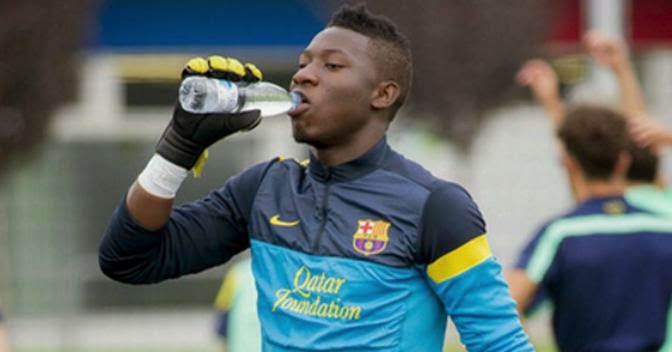 
Onana was offered a  contract extension at La Blaugrana but chose the Lancers instead of prolonging his stay in Spain.

This is what Barcelona technical director had to say about the whole affair, "The contract of Onana runs out this year so he was allowed to talk to other clubs," the former Barca goalkeeper, who is responsible for the club's transfer activity, told reporters on Sunday.

"We offered him a contract extension but we heard nothing more from him. The next thing I know, Ajax have announced his impending arrival at their club.

"The attitude of Ajax is disrespectful towards us. They should've waited to reveal that until June. But every club's responsible for their own actions."