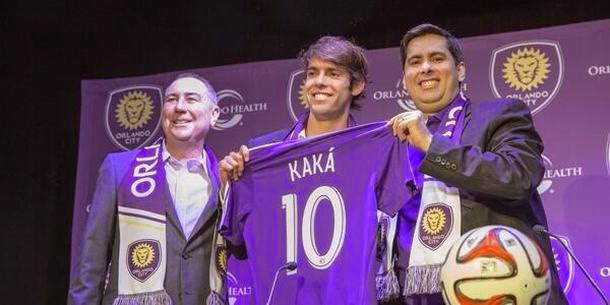 The former AC Milan player had his contract terminated by 'mutual consent' yesterday. The lions make their Major League Soccer debut in January 2015, meaning the former Brazilian international will spend the next few months on loan at boyhood club Sao Paulo.

The player introduced himself:

"I have said before that I wanted to play in America. It is a dream come true. MLS is growing so fast, I want to do my part to help to grow the sport in this country. Coach Heath is doing a great job with the team, and I know he will do a great job in MLS too. "