Bayern won the race for Navasa

Bayern won the race for Navasa 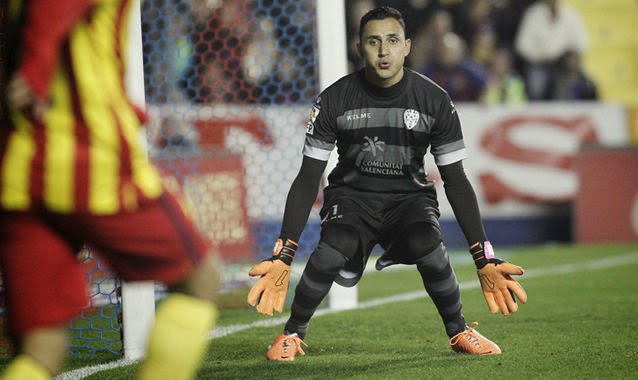 During Costa Rica’s record breaking World Cup campaign, Navas was excelled, especially in the knock out matches against Greece and Holland.

Tomas Perez has claimed Bayern have had an offer in the region of €10 million for Navas and a move is imminent.

“He’s going to one of the best teams in Europe and I’m sure that he’s going to enjoy playing there and will be good competition for his new team-mate, Neuer,” Perez was quoted as saying by Teletica Deportes.

“We’re happy for him, because I think he deserves it as a player and a person. He’s earned it. He had a great year and we are happy to have helped him grow in his career.”

Monaco and Arsenal were also linked with moves for Navas, however he looks set to battle it out with Manuel Neuer for the number one jersey at the Allianz Arena next season.