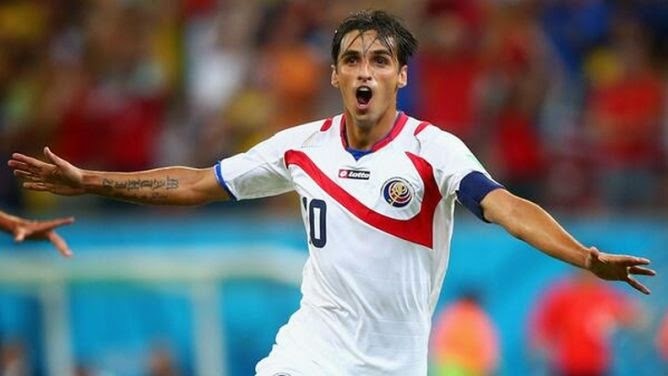 Costa Rica has so far definitely been the biggest surprise of the World Cup in Brazil, and the Ticos have continued to shock the football world. After a tie with the Greeks (1-1) celebrated after a penalty and placed among the top eight teams in the world

In the first half did not have much to see. Both teams are generally paid more attention to defense. Costa Rica has had several dangerous half-counter attacks, but the Greeks at the time stopped.

Greece has had a great opportunity in the 37th minute. After a cross Dimitros Salpingidis had an excellent situation, but kicked badly and it was not a big problem for Keylor Navas.

What was the first half is the fact that the football players on both teams escorted on rest with whistles from the stands. In the continuation of the match, after 47 minutes Georgios Samras kicked is head, but right to Navas.

Ticos have come up with the lead after 52 minutes. The ball came to Bryan Ruiz, who is from outside the penalty area sent very accurate shot, which ended in a net of Greeks.

Costa ricans have found themselves in a big problem in the sixth minute, because Oscar Duarte received a second yellow card and Ben Williams showed him the way to the locker room. Greeks to the end of the game created a few chances, and the first minute of injury time Sokratis Papastathopulos struck for 1-1 and overtime.

In overtime senses the numerical advantage of the Greeks, who had more opportunities. First Konstantinos Katsouranis in 100 minutes good kicked header, but did not change the results.

Best opportunity Greeks had in 113 minutes, when they had five on two, but the opportunity is ruined Lazaros Christodoulopoulos, who kicked straight into Navas, so that by the end rest 1:1 and were followed by penalties.

After penalties celebrated Costa Rica. Gekas missed in the fourth series and the Ticos are celebrated with 5:3.