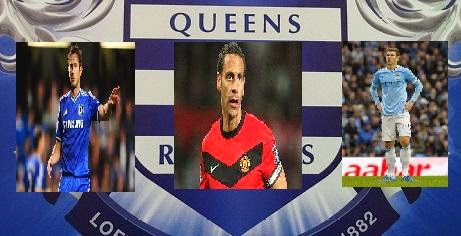 Queens Park Rangers has big ambitions after returning to the Premier League of England. This club has the intention try to bring the players of Manchester City, Chelsea and Manchester United

QPR is back in the Premiership after in the playoff was better than Derby County and immediately headed "offensive" to the reinforcements.

After Chelsea fired Lampard, he became a free agent. Although the new negotiations with the 35-year-old midfielder announced after the World Cup in Brazil, Lampard could still find another club.

Queens Park Rangers, who have won back to company of the best, trying to hire Lampard, and are reportedly interested also for experienced stopper Manchester United Rio Ferdinand.

Apparently, to Lampard QPR offered a one-year contract, while Ferdinand received a contract until January of the following year, when he as desired to go to to MLS.

Attack of the new-old premier ligase should lead member of the national team of Bosnia and Herzegovina Edin Dzeko that was on wish list Harry Raedknapp.