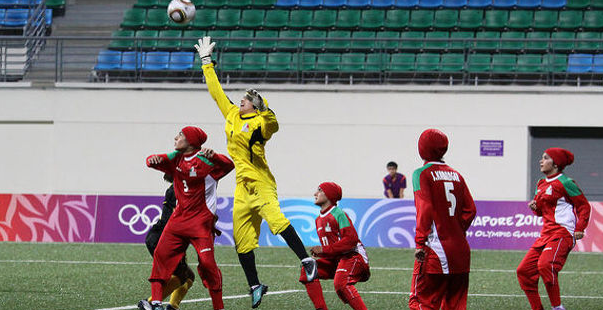 "It was decided that the female soccer players can wear a headscarf during the game," told at a news conference General Secretary of FIFA, Jerome Valcke.

However, wearing a turban and niqab at football matches will not be like in everyday life, because the veil must be in accordance with the kit, not to be hooked on the arm and it does not pose a threat to those who carry it, as well as other players in the game.

From FIFA state that during matches any part of the niqab and the turban is not allowed to hang and that bothers opposing players or female players.

Also, at the request of the Sikh community in Canada, the measure was extended to men, who will be able to play the game with turbans.

Otherwise, to 2012th year FIFA was forbidding the wearing of the Muslim veil because of possible risk of injury in the neck or head.

However, FIFA has previously decided that two years testing football players with a turban and football women players with niqab how could ultimately make the final decision on this issue. FIFA is so after the trial period made ​​the decision to completely overturn the ban and allow the aforementioned veil, reports Anadolu Agency.

at 11:59 AM
Email ThisBlogThis!Share to TwitterShare to FacebookShare to Pinterest
Labels: FIFA, Interesting, niqab, turban, Valcke