Colombians found a recipe for a hard defense of Greece

Colombians found a recipe for a hard defense of Greece 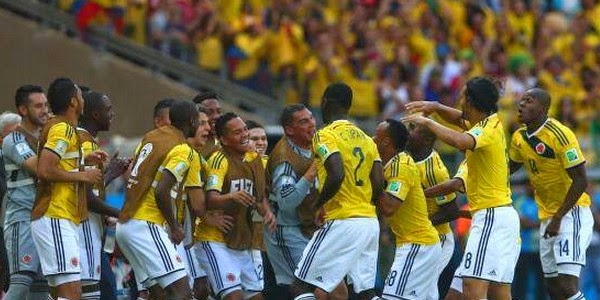 Colombians have made a huge pressure on defense of Greece in the opening minutes of the meeting. Pressing them paid off after five minutes. Cuadrado's great throw in from the right side, while Pablo Armero hit the score with a lot of happiness for the advantage of Colombia by 1-0.

Panagiotis Kone is dangerously threatened to goal Colombia two minutes later, but his shot went wide. A team of Jose Pekerman has left the initiative to Greece, which has no real creative person in the middle of the field was completely powerless.

Both teams had several good attempts towards opponents' goal. However, there were no real opportunities, and on the rest gone with minimal lead from Colombia 1-0.

After quite interesting introduction to the game, Colombia to the second goal arrived in the 58th minute. Lack of caution Greeks defense used the Teofilo Gutierrez, which was not that difficult from only one meter to send the ball into the net for the 2-0 lead.

Five minutes later a great opportunity for Greece. Great action tried to finish Theofanis Gekas, but the Greek striker with only five meter hit the crossbar. Samaras in the 85th minute shoted well, but could not to goal. James Rodriguez struck in the third minute of injury time for a 3-0.