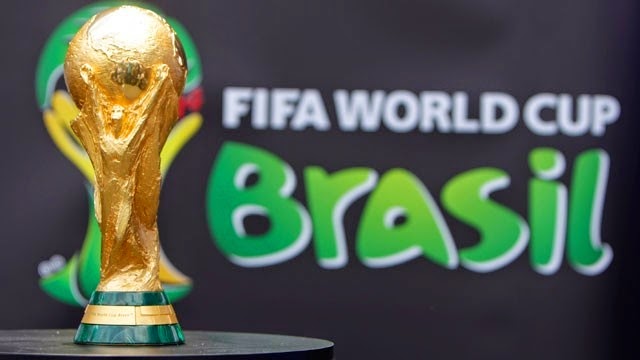 12th June begins 20th FIFA World Cup, which will take place on the continent where it all started. The host of this spectacle is Brazil


The first match and opening of the Mundial, besides a host Brazil will have a selection of Croatia in the Arena de Sao Paulo on June 12. The long-awaited championship will bring a lot of strong matches and the final match will be played on July 13 at the famous Maracana stadium. Although national tem of Spain has only one title of world champions (last - South Africa) considered by many they are one of the main favorites of this competition.

So far played 19 tournaments, and only eight different teams won this coveted title. Brazil won the tournament five times, while the Italians have won four tournaments. Besides them, the Germans have won the tournament three times, Uruguay and Argentina twice, while England, France and Spain were winners once. Bookmakers give the highest chance of winning teams from South America, although not far behind the European teams. It's hard to believe and quite the surprise that some of the teams are not from this area. Here you can verify the standings and find the FIFA World Cup odds to check the odds and make your own picks.

This might as well be now to skirmish with two great continents who have so far won the world championship. Host Brazil last year won the Confederation Cup so that hope with the home crowd and their stars Neymar, Daniel Alves, Thiago Silva, Oscar, Willian, Hulk and many others can win a sixth World Cup trophy.

On the other hand, Spain will want to retaliate host and become the first team to have won four major competitions in a row (EC 2008, WC 2010, EC 2012 and WC 2014). Stars of "Red furies" like Iker Casillas, Sergio Ramos, Gerard Pique, Xavi, Diego Costa and others sure to be able to high positions in this competition.

From the teams that will expect the passage the group stage or possibly a surprise to step forward can be separated: Mexico, Colombia, Japan, England, Italy, USA, Russia, Portugal, or perhaps the only debutant in the World Cup Bosnia and Herzegovina with stars like Dzeko, Pjanic, Begovic, Ibisevic.

One thing is certain, and that is that we expect a number of good matches in the period from 12 June to 13 July. Prepare snacks, drinks and good company and simply ENJOY.