Hero of Seville: We are one big family

Hero of Seville: We are one big family 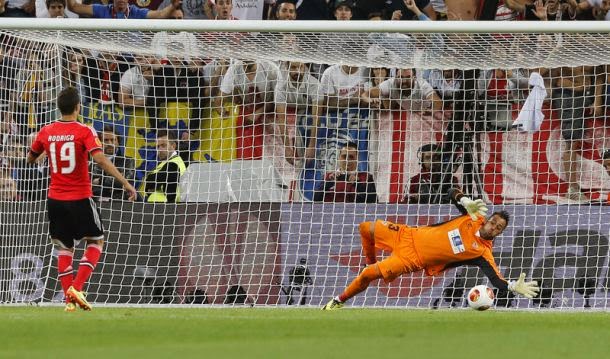 The team from Andalusia enrolled triumph thanks to the Portuguese goalkeeper Beto, who defended two penalties. Goalkeeper of Sevilla victory is dedicated to my father.

"This is a dream final. Ended in the best possible way for us. I am proud to be a part of this team and I want to dedicate this trophy to my father.'m Sure he's very proud of me. First of all father and then the mother and son ," said Beto after the finals.


"In every game we enter with large motive. We are one big family. We agreed that we would just shoot strongly and at the end we were celebrating," words are from Beto.