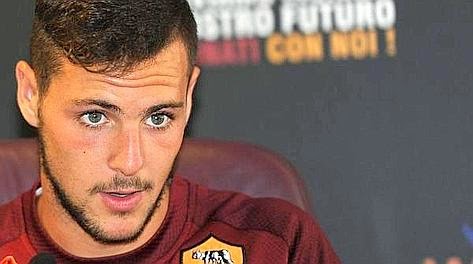 Die Woelfe have been tracking the striker since his arrival to the capital from Siena in 2012, and are hoping to tempt him into another move with a lucrative contract offer.

According to Sky Sport Italia, the Bundesliga side are offering contract of € 3m a year, more than double his current € 1.3m wages. However, the 23-year-old is keen to remain at the club after an impressive season which saw the Giallorossi finish second Serie A and qualify for Champions League football, something which can not be offered by Wolfsburg.

Destro would be willing to stay at Roma, where they see him as an important element of their future.

Despite missing the first 12 games of the season, the Italian clocked up 13 goals in just 19 appearances in a prolific campaign.

He was also chosen in Cesare Prandelli's 30 provisional World Cup squad earlier in the week.