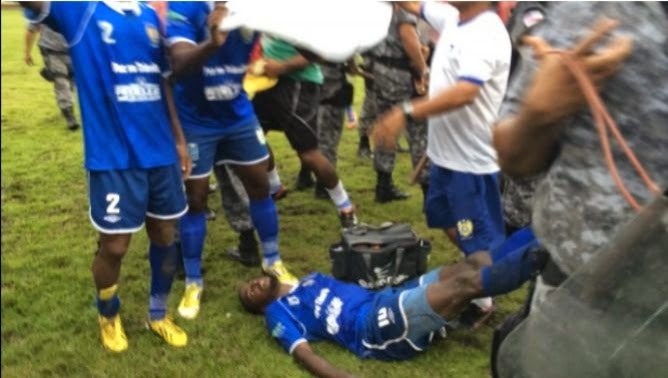 Only a few days before the beginning of the Mundial in Brazil a football violence in the host of the next World Cup is not slowing down, and it has become a major issue after the incredible incident that occurred last night

The finals of the national championship Amazonia between Nacional and Princesa Solimoesa which ended 5:3 in the total score marked the scene of incredible violence a few minutes before the end.

Striker of Nacional Leonardo remained lying motionless on the ground after he was hit by another football player, and how the conflict was serious it proves that the police had to use force to Leonardo was properly treated by a doctor.

Soccer player was taken to hospital and local journalists were after that reported that he got out of it late at night and that's all right with him.