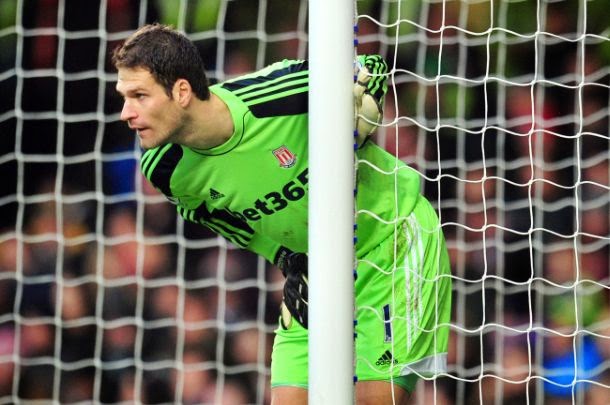 Arsenal are readying an £ 8m move for Stoke goalkeeper Asmir Begovic, according to reports from The Metro

The Gunners have long been linked with a new stopper, with the position having been one of much uncertainty at the Emirates Stadium for a while.

Wojciech Szczesny currently holds the rolls, but Arsene Wenger is thought to have never been truly convinced by the Polish ace.

And now with Lukasz Fabianski set to leave on a free transfer in the coming weeks and Emiliano Viviano due to exit when his loan deal expires, the Frenchman is desperate to add a new glovesman to his armory.

Begovic has been linked with a switch to the north London club for some time after establishing himself and those of the Premier League's most reliable keepers with the Potters.

Arsenal representatives are planning to speak to Stoke in the coming days, and are hopeful that an £ 8m offer will be enough to convince them to sell.

Mark Hughes also has England international Jack Butland at the Britannia Stadium, and could be tempted to push him into his starting line-up by allowing Begovic to go.

The Bosnia and Herzegovina international is set to represent his nation at the World Cup this summer.