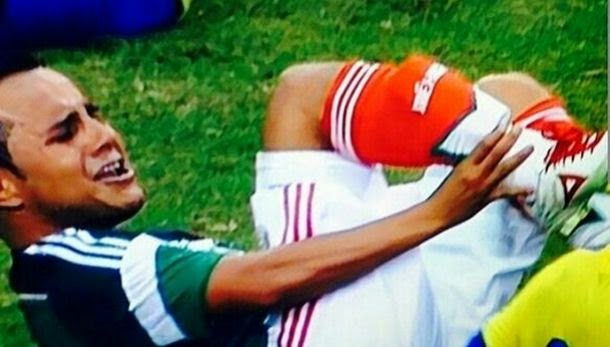 Mexico's victory over the Equator overshadowed injuries Louis Montes, while in the meeting of Italy and the Republic of Ireland severely injured Montolivo

Mexico is in Texas mastered Ecuador 3-1 in friendly match, but has left without Montes.

Montes was the scorer of the first goal, but was later injured in a duel and will not go to the World Cup in Brazil. He is the leading goal scored in the 33rd minute.

Eight minutes after the goal, fight for the ball with Ecuadorian footballer ended up with severe leg fracture 28-year-old football player Leon, who was crying in pain after a horrific injury.

Fabian is after 69 minutes increased to 2:0, and then an own goal by Banguera for 3-0 after 76 minutes. Consolation goal for the Ecuadorian scored Guagua ten minutes before the end.

And in duel of Italy and the Republic of Ireland in London (0-0) happened the horrendous injuries. Midfielder Riccardo Montolivo was hurt in eighth minute, and will not play in the World Cup.