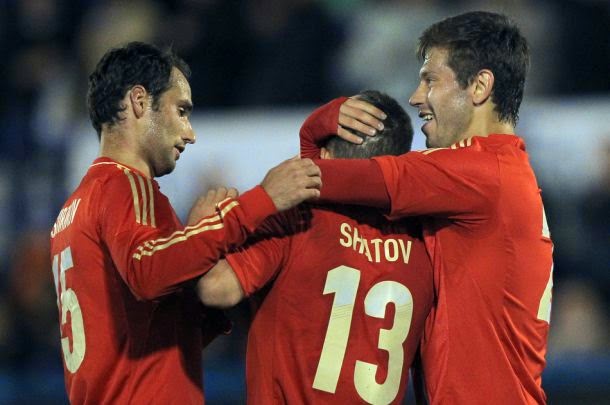 The two teams of Norway and Russia played a draw (1-1) in today's friendly match, which was preparatory match for the guests before World Cup

The Russians, who are preparing for the World Cup, opened the match well. After three minutes of the game they got to the lead, and the goal for 1:0 scored Oleg Shatov.

The first half brought few opportunities on both sides. However, despite good attempts nets are rested, and on the rest went with the leadership of Russia 1-0.

Continued brought also a good game on both sides. Opportunities were made on both sides, and the Norwegians in the 77th minute came to tying goal. The final score of the match was 1:1 set by Konradsen with great blow by the head.