Forlan: I believe in a good result in Brazil

Forlan: I believe in a good result in Brazil 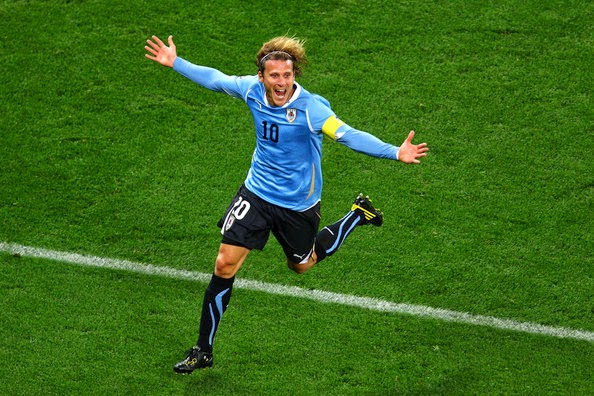 Glossy Uruguayan footballer Diego Forlan believes that his team to have a good performance at the World Cup in Brazil, as well as four years ago in South Africa

"We were so close to the finals. As the game passing, we had more confidence. Now we know that we can have a good World Cup. This means playing every game in Egal, that feeling that you can to win," said Forlan, the best player of Mundial four years ago.

Uruguay is the that Mundial reached the semi-finals, and Forlan scored five goals and was the best player of the tournament. This time, the double world champions qualify for the Mundial trough barrage against Jordan.

"We knew that would be complicated because the qualifications makes a lot of things. You have a lot of strong teams, a lot of travel, to places with high altitude, with different climates.Much different than in Europe, which is much smaller continent. But we are satisfied. Now just have to concentrate on the World Cup and leave it ready, "says legendary Uruguayan.

Diego Forlan was especially praised the selector Uruguay Oscar Tabarez, who has been with the national team on the Mundial in Italy in 1990., In South Africa 2010, and a year later won the championship of South America.

"He's a coach with a lot of experience. He was with Uruguay at the World Championships in 1990, but has brought many changes in the team compared to this. Managed to repeat everything and then did, leads the team on the way he likes.He is very intelligent, knows how to compose a good team. Obviously, the very knowledgeable football. "

Forlan is for the national team debut 12 years ago and is the first Uruguayan footballer with over 100 appearances. In total, for national team has played 107 times and scored 36 goals. 35-year-old Forlan now wears jersey Japan's Cerezo Osaka.