Primera: Real Madrid will have the toughest job of leading trio

Primera: Real Madrid will have the toughest job of leading trio 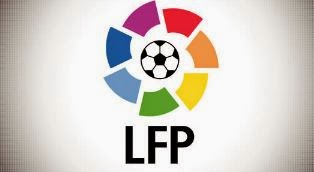 As far as the three teams fighting for the championship of Spain this season, the toughest job in this round to have Real Madrid, who goes to the guests of Real Sociedad, while Atletico Madrid at home game against Villarreal and Barcelona already written off Betis

An additional problem for Carlo Ancelotti is the fact that in San Sebastián is traveling without Cristiano Ronaldo, while Angel Di Maria just recovering and probably will not play from the first minute.

In the battle for fourth place, Athletic Bilbao in this round goes to the guests against Levante, which is pleasantly situated in the middle of the rankings, while Sevilla at home game against ninth placed Espanyol, with the aforementioned duel in San Sebastian.

In the struggle for survival, Osasuna yesterday enrolled very valuable points away at Almeria and Malaga will finally be able to breathe if tomorrow at home at noon celebrates against Granada, while very important game tomorrow in the afternoon play Elche and Getafe.

at 2:59 AM
Email ThisBlogThis!Share to TwitterShare to FacebookShare to Pinterest
Labels: BBVA, La Liga, Premiere, Primera