World Cup trophy has its own special transport

World Cup trophy has its own special transport 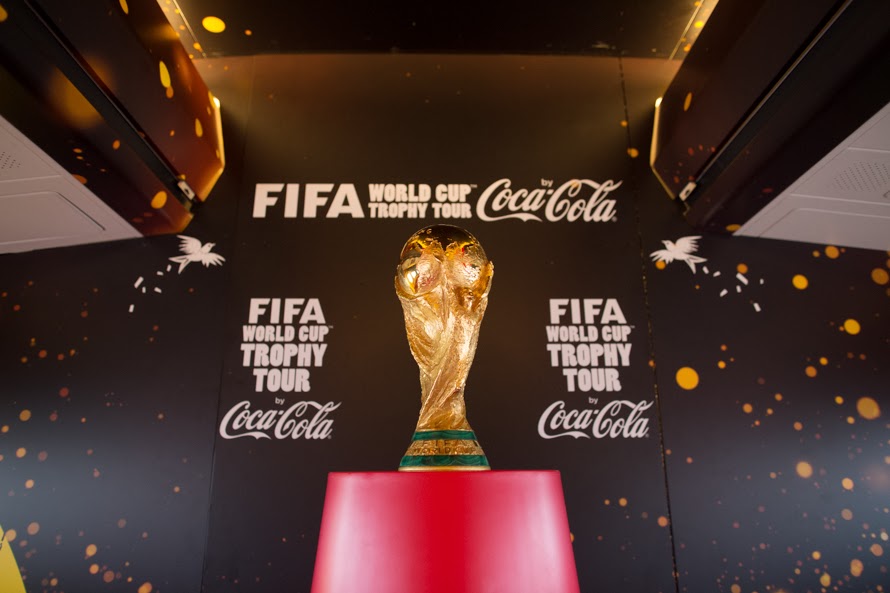 World Cup Trophy on tour around the world will spend 221 days before arrive in Brazil, where this summer plays 20th World Cup


The next destination for the World Cup trophy is Sarajevo (Bosnia and Herzegovina).

In Sarajevo, the trophy will arrive sixth March, a plane whose images have the opportunity to see in gallery. The tour includes all the countries that won the World Cup, and this is the third tour in which started the trophy from its existence. On his way the trophy will visit 89 countries, and will travel 194,576.78 km, which is the same as it is 3.75 times go around the world.

This year, 36.8 cm tall and weighs 6.17 kg trophy is made of 18-carat gold will visit 52 new countries including Bosnia and Herzegovina. The original trophy is not getting the property, and the winners get a gold-plated replica in permanent property. The basis of the original trophy is made of two layers of semi-precious stone malachite.
At the trophy are engraved the names of the winners the World Cup from 1974. year, and the same may touch only former winners and presidents of countries. This year, next to trophy will have the opportunity to take pictures 800,000 people, including the people of Bosnia and Herzegovina. It is believed how will over a million promotional Coca-Cola bottles to be distributed during the tour.