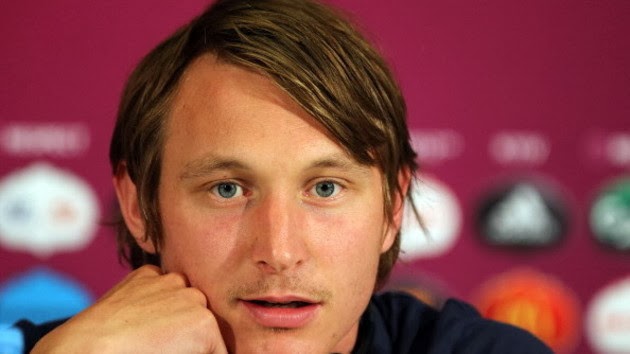 Arsène Wenger has revealed that Kim Kallstrom, a player who arrived as a replacement for the injured Ramsey and suspended Flamini actually brought to the club, despite the fact that his new teammates will not be able to help in the next month and a half.

"He came here as two days ago fell and injured his back."

"We have checks and found that there is a small fracture."

"At this point, Spartak Moscow was willing to divide the costs. As long as Kallstrom injured, they will pay it, and when he recovers, we will pay it."

"It was a very difficult decision - or Kallstrom or no one, and it was five o'clock in the afternoon."

"Probably I would not have brought him that I had more time, but it was the last day of the transition period." - Explains the popular 'The Professor'.

With the win in today's match against Crystal Palace, Arsenal are again returned to the top of the table.