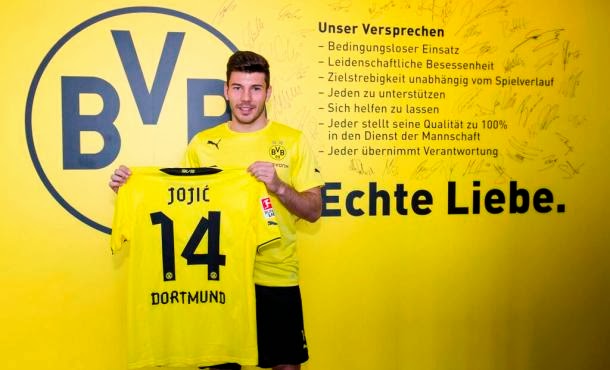 Brilliant young midfielder has signed a contract on four and a half years, according to which Millionaire jersey wear by the summer 2018th year.

Although Partizan earlier rejected better offers from England and Italy, this time they did not want to stop Jojic, who earlier had bid for Bayer Leverkusen.

It is interesting that Milos Jojic on official presentation in his new club appeared with jersey number 14, and exactly that jersey and the same number in the same club wearing the legendary national team member of Bosnia and Herzegovina Sergej Barbarez.