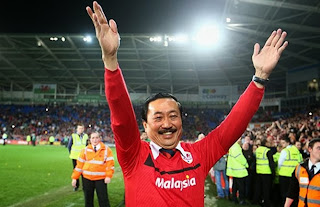 Tan Sri Vincent Tan is known as a controversial businessman, but proved to be a very humane person

The owner of Cardiff and from recently first man a Bosnian vice-champion FC Sarajevo, unveiled plans to help local charities.

The idea to donate one million pounds to local charities came from Cardiff owner Tan Sri Vincent Tan, as a means to support work in the local community.

"We want to support charities and disadvantaged members of the community of South Wales", says Malaysians who in this way desires in a positive way to promote his football club.


Tan has promised to Cardiff City repeat donations every year until he is majority owner of the club, and while his team in the Premiership.