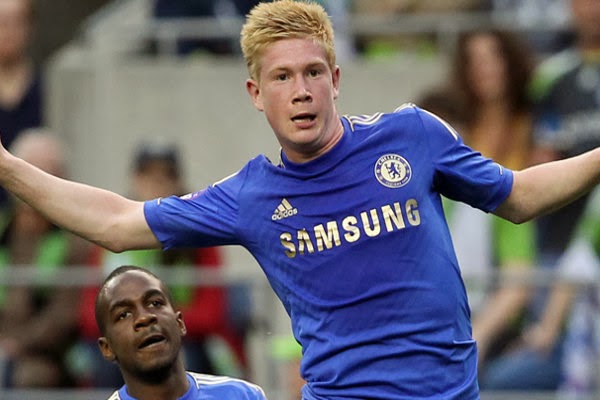 Belgian continued his career in Germany, he has signed a five-year contract with the 'Wolves', which Chelsea paid 16 million pounds for transfer

Kevin De Bruyne is 2012th was brought to the 'Stamford Bridge' from Gent for 7 million pounds, spent last season on loan at Werder Bremen, played so great, he returned to Chelsea, but he failed to fight for minutes at Jose Mourinho.

Belgian coach Mark Vilmots announced that he will not lead to Mondial those that are not standard in their teams, and his departure from Chelsea quite expected.

Apart from Wolfsburg, wanted him for Atletico Madrid and Werder, but are 'Wolves' were the most concrete.

British media have quoted that the relation of this wing football player and Mourinho really bad, but he denies it.

"About Mourinho really have nothing bad to say. I think I progressed by working with him, especially at the tactical level.

I was pleased with my games in the preseason, the first game of the season too, but I still do not know why I lost my place after the match with Manchester United.


I come in a good club that aims to be among the top four teams in Germany and is fighting for placement in the Champions League. I am convinced that this is achievable." Said the Belgian national team member.