Moyes found a guilty for dropping out from the FA Cup

Moyes found a guilty for dropping out from the FA Cup 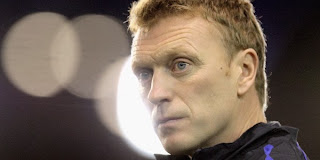 This is the second time in the last 29 years that the "red devils" are eliminated at this early stage of the competition in the FA Cup, and previously to them it happened 2010th years against Leeds.

"We're a little unluckily lost. We had some opportunities. Not enough, but we stayed with ten players. There are moments we played pretty well, came to rival penalty area regularly, but we did not came to the chance for scoring," said the Manchester United manager after 2 -1 home defeat from Swansea in a match in which they received a goal for 1-2 in 90th minute.


"I think we're on long periods had control of the match. When you lose a match in any club is difficult. Now we have a big game on Tuesday (in the League Cup semi-final against Sunderland) and we'll save team for it."