Guardiola: Mandzukic stays with us, in Bayern

Guardiola: Mandzukic stays with us, in Bayern 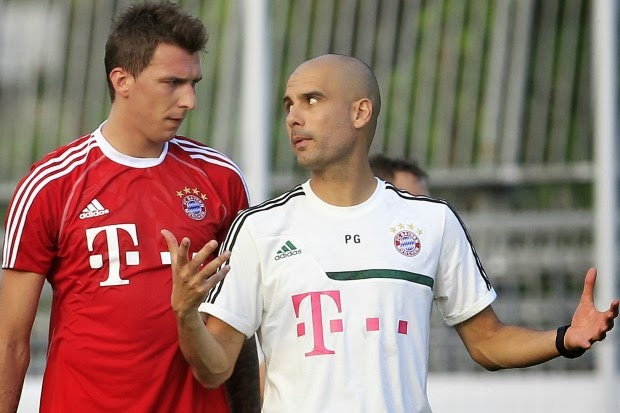 In the recent time, many European media writing about how some football giants have a great desire to reinforce with the Croatian striker Mario Mandžukić

It all started with the supposed interest of Real Madrid. Most intense was written about Juventus, and the last day and Arsenal reportedly monitors a brilliant attacker.

They all raving about Croat due to recent arrival in that Bayern of Poles Robert Lewandowski. All they have in that saw easy the possibility of coming to Mandzukic who in recent years the top scorer Bavarian club.

Bayern coach Josep Guardiola has never been overly fond of Mandzukic, but the words of the popular Pep changing views of the Croatian attacker.

"Mario is mentally strong football player. He is our main scorer and perhaps most importantly, he has a contract with us. Altogether, Mandzukic stays with us, in Bayern," a short and clear was Guardiola.