Messi worth 400 million euros, and Ronaldo...

Messi worth 400 million euros, and Ronaldo... 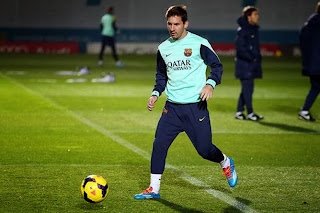 This study was commissioned by the three big clubs in Europe, and it is mentioned that among them PSG, who only at this point that can pay Messi.

"Due to confidentiality we can not disclose the names of the clubs. One club is owned by the government and is ready to offer 400 million, "says Molina.

Molina said that the clause of 250 million euros in the Argentinian contract with Barcelona is too small. Interestingly, the value of Cristiano Ronaldo is about 150 million.


"He is the second most valuable player in the world. However,his value does not exceed 160 million euros."

It is not known which parameters are taken into consideration, but it is clear that Messi is worth much more than the other football players and is likely to pass "a lot" of time when some players will be worth more.