Cavani: PSG can conquer the Europe

Cavani: PSG can conquer the Europe 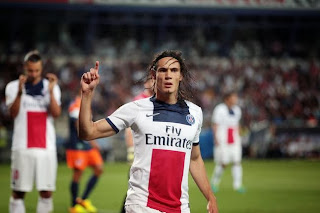 "I think that PSG can win the Champions League," said the Uruguayan striker Edinson Cavani, in an interview with Le Figaro

Last summer Cavani arrived at PSG from Napoli to compensation of 64 million, and since then makes a terrific offensive tandem together with Zlatan Ibrahimovic. The two best goal strikers Le Championnat at the moment, and have achieved a combined 27 goals (15 Ibrahimovic, Cavani 12).


"I feel good with Zlatan. He is a world-class player and he scares opponents because can score at any moment. Has its own style of play that may seem rude and crude, but he is a very important player."

In all competitions this season, Cavani has scored 16 goals in 22 games and says he has not regretted the transfer in the "city of lights".


"I feel very well in Paris. I had a quite difficult adjustment, but people in France have treated me great and it helped me. Today I feel very happy and I want more to mature as a person and as a player.I'm doing a hundred percent in order to achieve my objectives with PSG. "

"Yes I really think the PSG can win the Champions League. Everything is possible in football."