Hajrović soon in the company of Drogba, Sneijder, Yilmaz... Galatasaray for four million?

Hajrović soon in the company of Drogba, Sneijder, Yilmaz... Galatasaray for four million? 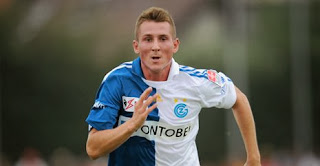 Izet Hajrović is getting closer Galatasaray! In all probability in the winter transitional period will leave Grasshopper and the Turkish media are also offered an explanation of why and in what way Hajrović will wear jersey Turkish giants

In fact, according to a reputable Milliyet expected that early next week is attended by heads of Galatasaray conversations with national team members of Bosnia and Herzegovina. Interest in Hajrović confirmed and Unal Aysal, president of multiple Turkish champions.


"It is true, we are interested for Hajrović. Coach Mancini has already given approval for his bringing in the club. It is still early to talk about the cost of compensation. It is planned to begin negotiations next week and then we will know more details," said Aysal.

In recent months, speculated that interested for Hajrović several European football clubs, among others mentioned are Juventus, Genoa, Atletico Madrid, Hull City, Schalke... Therefore, in Galatasaray does not want to leave anything to chance. Turkish media report that the Grasshoppers in the financial crisis, and that the Galata pay compensation of four million.

Given that Hajrović has only 22, but also excellent statistics, and to a great plays with both feet, Turkish media believe that Mancini will get a quality reinforcement for domestic championship, as well as the Champions League, because Hajrović is eligible to play in the elite European competition.


Otherwise, Hajrović with Grasshopper has a contract until June 2015th year, and its market value is estimated at four million euros.