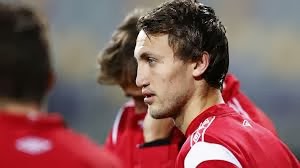 The first reinforcement that brought in the clubnew head coach Ole Gunar Solskjaer is his countryman, Magnus Wolff Eikrem

Wolf has arrived in the Cardiff from Herenven and Solskjaer knows him very well.

Norwegian last summer, as the best player in FC Molde who led Solskjaer, goes to Holland. Solskjaer has now got the chance to work again with him and did not waste time, brought him to the Premier League.

Magnus Wolf Eikrem before Molde was in the same club with Solskjaer - this 23-year-old Norwegian was once played for Manchester United in younger categories.

He plays as a central midfielder, as Solskjaer says, it is a true playmaker, technically and tactically remarkable player who has passed an English school in the Manchester United, so it will not be difficult to adjust to the Premier League.


Wolf is in Herenven in the first part of the season played 13 times, scoring two goals and assisted twice. He created 17 scoring opportunities for his team-mates and successfully completed 80% of his passes.

"I've known Magnus for many years, having worked with him at Manchester United and then signing him for Molde," said Solskjaer.