Eusebio died in a 71st year

Eusebio died in a 71st year 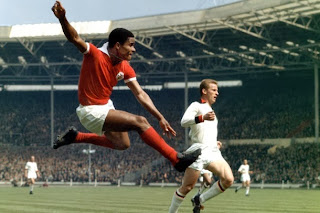 Legendary football player Benfica and national team of Portugal, was born 25th January 1942nd in Maputo, capital of Mozambique. He began his career in his hometown. With friends he founded club called the Brazilians, in honor of the legendary national team that country. In his early days with friends, football was played with a ball made ​​of old socks and newspapers, completely barefoot on the streets of Maputo.


He then signed for local Sporting, in his late teens, he came to Benfica where he started one amazing story. He became known as the "Black Panther", and without a doubt was one of the best footballers the world has ever seen. Eusebio was close to crossing in the great rivals Sporting Lisbon, but in the end won the Benfica. Eusebio knew it return, indeed.

With Benfica won the Portuguese Cup 11 times, and led his club to the titles of Europe. Team with Da Luz was during this period lost three finals, and remembered the legendary against Manchester United, 1968th year. For Benfica scored 733 goals in 745 matches, and in 1966th year on the World Cup in England was the top scorer Mundial. "When I heard how the whole stadium chanting my name, honestly, I felt a little sick," said Eusebio after the championships.


Today left us one of the best footballer that the world will long remember. The first major, and perhaps the greatest African footballer of all time. What is the impact had in Lisbon, best speak words of his teammates from Benfica, Antonio Simoes, with whom we finish the story of Eusebio. "With Eusébio we fought for the titles of Europe, without him would fight for the championship in Portugal."

at 5:03 AM
Email ThisBlogThis!Share to TwitterShare to FacebookShare to Pinterest
Labels: Benfica, black panther, Eusebio, Portugal