Solskjaer: This is the perfect beginning of one story

Solskjaer: This is the perfect beginning of one story 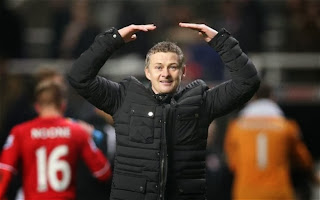 Cardiff has yesterday as part of the third round of the English FA Cup win against Newcastle United as a guest, 2-1

Did not start well for the team from Wales. Newcastle took the lead eith goal Cisse in the 62nd minute. But Ole Gunnar Solskjaer team quickly returned. Noone scored the equalizer in the 73rd minute, and Campbell has secured passage of Cardiff in the next round of the competition. Norwegian on the bench visiting team could be happy about important victory in his debut on the bench Cardiff.


"This is a perfect start. I think the guys had a lot of problems lately and it's nice to start a new chapter with victory in the FA Cup.It is not easy to play here, especially when you lose, reversals do not happen so often, but the guys showed character," Solskjaer said after the game.