Dream weekend for Real: After Barca and Atletico played draw

Dream weekend for Real: After Barca and Atletico played draw 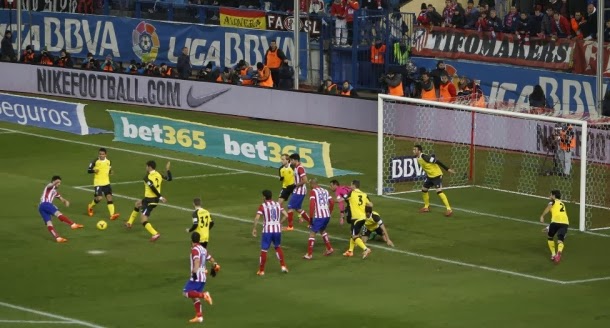 This on their "dream weekend" for Real Madrid, who on Saturday, a victory over Betis (5-0), tied with Barcelona and Atletico. Catalans are today played just 1-1 from Levante, and later also Atletico.

Atleticoon their Vicente Calderon failed and won only one point in the duel with all the better Sevilla.

They led home in the 18th minutes. After a corner kick, there was a crowd, the ball rebounded to David Villa, who on their nice from a 10-meter by volley, knock ball in goal.


In 73rd minute penalty kick for Sevilla and Croatian international Ivan Rakitic was sure executer for the final 1:1. In the final Alberto Moreno was among the guests excluded, but it has not helped Atletico to achieve a much needed victory.

Now, Barcelona and Atletico again tied at the top with around 51 points, while Real has a point less. Atletico follows duel with Athletic in Copa del Rey, and then go into the guests Rayo Vallecano in the 21st round the Primera. Seville will host Levante in the next round.
at 2:11 PM
Email ThisBlogThis!Share to TwitterShare to FacebookShare to Pinterest
Labels: Atletico Madrid, Barcelona, Primere