Debrecen built stadium for less than a year

Debrecen built stadium for less than a year 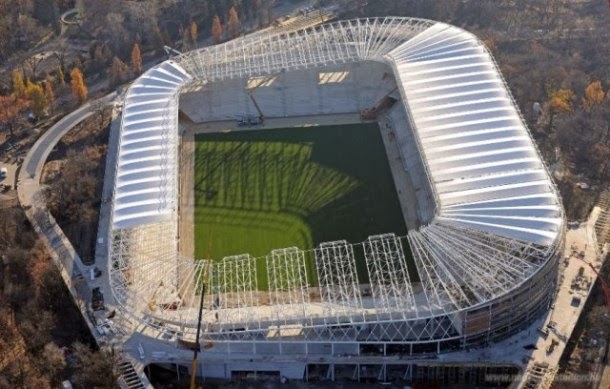 After the 29th January last year demolished old stadium Hungarian football club DVSC Debrecen, in less than a year was built a new, modern building with a capacity of 20,000 spectators

The old stadium had a half the size capacity and it is not able to organize matches in the Champions League, and DVSC are ambitious and in the right way they used an ambitious national Prime Minister Viktor Orban, who has announced a massive investment in sports infrastructure of Hungary

Old home of Debrecen, which was demolished in the 29th January last year, and the video that you are watching published on 5 November. On it you can see how from day to day progressed works and how they built the Hungarians for just over nine months.


The deadline for completion of the stadium is 15 months, which means it has to be handed over in April this year. Arena in Debrecen meet the most demanding standards of UEFA.