Confirmed: FIFA is rigged voting for the Ballon d'Or!

Confirmed: FIFA is rigged voting for the Ballon d'Or! 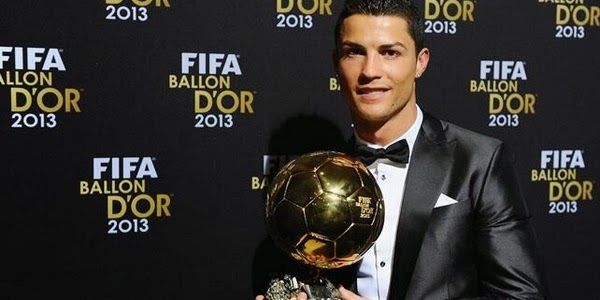 Specifically, how are first transmitted Scandinavian media, selectors Bolivia, Albania, Equatorial Guinea, Dominican Republic, of Kuwait, Fijia and Vanuatu complain that their votes for the winner of the Ballon d'Or changed.

This is confirmed by the Brazilian expert Jorvan Vieira selector of Kuwait:

"I think that this is a misunderstanding, not to say that it is a fraud, although fraud is probably for this real term. It has been reported that I voted for Lionel Messi but I did not because I gave my voice for Zlatan Ibrahimovic, "said selector Kuwait.

However, according to the FIFA list voting, Vieira was the most votes gave Messi, Neymar and then at the end of Ronaldo. On his ballot there is no Ibrahimovic, even when he gave him the highest number of votes.

"I saw it on the FIFA website that I first voted for Ronaldo, and for Ribery and at the end for Robert Lewandowski. However, this is not true. I have not even mentioned anywhere Lewandowski. My vote goes like this: Ronaldo, Messi, Ribery. Someone else deleted Messi from my vote. "

And selector Albania Giovanni Di Biasi claims that his voices are changed.

"I gave five points to Ronaldo, Messi and one Ibrahimovic. However, it is not so published on FIFA. This is bullshit and I do not know what's going on. "

How will FIFA to respond to these allegations of vote-rigging will find out soon.

at 5:16 AM
Email ThisBlogThis!Share to TwitterShare to FacebookShare to Pinterest
Labels: Ballon d'Or, FIFA, Scandals