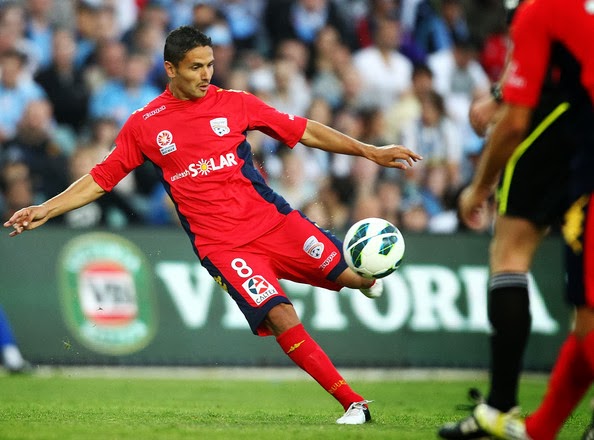 After have mastered in the last round leading Brisbane Roar, this time is defeated runner-up team Western Sydney Wanderers.

Argentine striker Marcelo Carrusca in the fourth minute goal to lead the home team after Bruce DjIti had stolen the ball out of diving Western Sydney goalkeeper Ante Covic's hands.

It might have been worse later when Carrusca released Jeromino Neumann with a perfect pass but he fired just wide of the far post as he sprinted in on goal.


Western Sydney looks worried but the home side's defense was up to the task, repelling numerous attacks to maintain their 1-0 lead at half-time.

In the second half, namely at the 88th minute Neumann was able to increase the lead, but goalkeeper Covic has to react.

It is worth mentioning that the coach Western Sydney Wanderers Popovic on the ground had two 16-year-old players. In 59th minute is Alusine Fofana replaced Jason Trifiro, and the entire game on the field is spent Daniel Alessi, so that the away teambesides defeat showed that counting on the future of the club.


Adelaide United's victory moved on the 5th place in the A-League standing, while Western Sydney Wanderers by defeat remained in second place with 26 points but the game more than the Central Coast Mariners.
at 2:03 AM
Email ThisBlogThis!Share to TwitterShare to FacebookShare to Pinterest
Labels: A-League, Adelaide United, Australian A-League, Western Sydney Wanderers