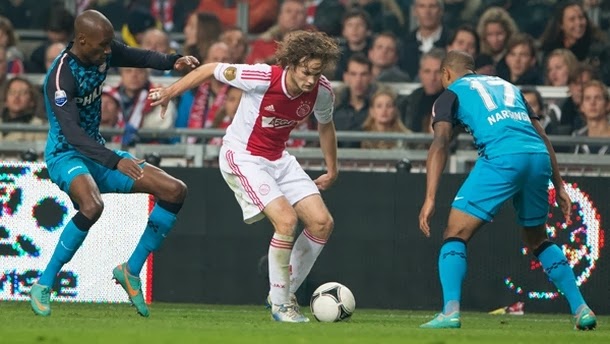 Large Dutch derby played today in Amsterdam Ajax and PSV, and host at the end celebrated with 1:0

Looking at the statistics, PSV may not deserve to be defeated in the Amsterdam Arena, but no way should diminish a great victory for Ajax.

Domestic with today's victory, which is 12th this season, and the third at home, broke in the first place, suppressing Vitesse to second position. Both have 40 points now. PSV remains only in eighth place with 26 points.

at 10:42 AM
Email ThisBlogThis!Share to TwitterShare to FacebookShare to Pinterest
Labels: Ajax, Eredivisie, PSV