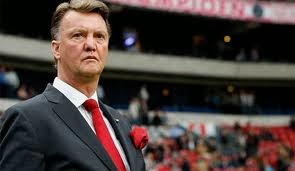 According to reports in England, Tottenham have made ​​Netherlands coach Louis van Gaal their number one choice to become their new manager

Now according to The Mirror, Louis van Gaal is top of their wishlist, but they will have to convince the KNVB that the coach can juggle both jobs until the summer.

Van Gaal will leave his position as national team boss after the World Cup next year, with the 62 - year-old stating that he missed football club.

Having coached the likes of Barcelona, Bayern Munich and Ajax, Van Gaal has never managed in England, and could be attracted to a club like Tottenham.

However the current structure in place at Spurs would have to change if the Dutchman was too take charge , with Van Gaal known to want total control of the way the club is run. He would not accept a director of football such as Franco Baldini to be in charge of transfers, as he was with Villas - Boas.

The KNVB are likely to reject any proposal for Van Gaal to do both jobs until the summer, and they would like the coach to be fully focused on leading Netherlands to their first ever World Cup trophy.

However should leave Spurs temporary boss Tim Sherwood in charge until the summer, then they may just get their man after the World Cup.