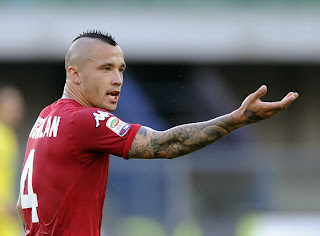 Cagliari President Massimo Cellino claims that he is willing to sell the entire team because of dissatisfaction with the fact that the Football Association of Italy for the second season in a row, it creates problems around the renovated stadium "Sant'Elia"

Cagliari in October this year, returned on "Sant'Elia," after previously as the host was forced to play in the north of Italy, specifically in Trieste. However, this stadium is still in the phase of reconstruction, since it does not satisfy all safety standards and can currently only receive five thousand spectators.


Cellino is frustrated by problems around the stadium, claiming that he is ready to sell out a complete team, as well as their most wanted players, the Belgian national team player Radja NAINGGOLAN.

"NAINGGOLAN will definitely go. Not even in January, he can go tomorrow. Six or seven clubs looking for him and could not keep him back. It is not a question of money, he will go even if we pay him less than what is his remedial clause. If he does not want to leave, I'll force him, "said Cellino, and then discovered the reasons for this statement:


"We play in the stadium, which is worth Serie C. Players are two years had to travel throughout Italy because we were not allowed to play in our stadium. These players are done too much and I would be injustice further to hold them. From tomorrow, anyone who wants to leave Cagliari that can free to do. I would not stay in this situation, " said honestly the first man of this team.