Inter looking for left back and attacker

Inter looking for left back and attacker 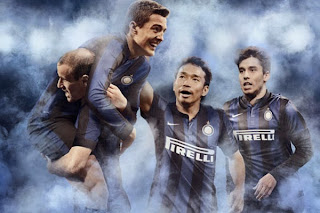 Inter Milan plans to reinforce in January, priority positions are left back and central striker


The owner of the football club Inter Milan, Erik Thohir said today that his team needed a left-back and striker and that in winter transitional period certainly reinforce our team team.

"Inter need a left-back and striker. In January we will certainly reinforce our team. Some will have to go. Every action will be agreed with the coach Valter Macari," said Thohir.

Thohir said that he bought Inter Milan because he is ardent fan since childhood.

"Why I chose Inter Milan? Because I am an ardent fan of them since childhood. As a boy I watched carefully 'neroazure' and Series A," said Tohir.

Inter Milan is fourth in the standings Series A with seven victories, seven draws and one defeat.
at 12:11 PM
Email ThisBlogThis!Share to TwitterShare to FacebookShare to Pinterest
Labels: Erik Thohir, Inter Milan, Serie A