Eto'o close to transfer in MLS

Eto'o close to transfer in MLS 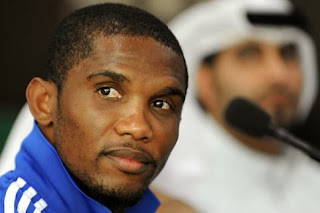 According to reports the English newspaper The Guardian, Cameroonian footballer Samuel Eto'o is on Chelsea exit a little more than three months after the transfer from Anzhi

It is believed how a new destination of this 32-year-old long-time Barcelona attacker will be an American-Canadian MLS league.

In this context, most mentioned the Los Angeles Galaxy, Seattle Sounders and Chicago Fire. Since last summer arrived at Stamford Bridge from Anzhi, agreeing to significantly cut wages, Eto'o scored two goals in the Premier league and two in the Champions League.


It is expected that the transfer took place in the summer of next year when his contract expires with the Blues, although negotiations will be held as early as January.