David Beckham again on the field

David Beckham again on the field 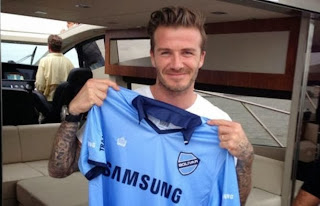 David Beckham, the legendary English footballer could soon be back on the field

In fact Beckham, who is in business cooperation with Bolivian millionaire Marcel Claur could play for his club Bolivar.

Claure who owns the Bolivian champion Bolivar tried to convince former star of Manchester United, Real Madrid, Milan and PSG to return to the field and help him in the Libertadores Cup next season.

Beckham would played only match in the Copa Libertadores, as Bolivar does not need help in the domestic championship, where they are dominant.


When you take into consideration the business but also a friendly relationship between Beckham and Claur, his return to the field in uniform Bolívar in general is not impossible.