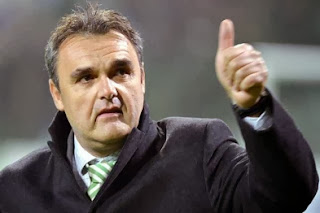 Attila Pinteris a new coach national team of Hungary. Pinter has signed a contract with the Football Association in this country, which will be valid until the end of the European Championships 2016th years after which it will , depending on the results, discuss the continuation of cooperation.

On the bench will replace Sandor Egerverio who failed to take Hungary to the additional qualification for the World Cup, mostly thanks to a series of poor results in the final qualification.


Pinter has long been considered of one of the best coaches in the Hungarian football, successfully led Sopron, Ferencvarosh, Vasas and Györ, with whom he won the title last season's championship and Super Cup.