WC U17: Uzbekistan and Japan with victories opened Mundial

WC U17: Uzbekistan and Japan with victories opened Mundial 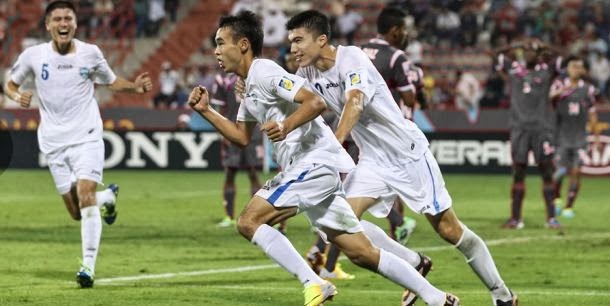 Played two more matches in the World Cup for players under 17 years of age who is being held in the UAE
Uzbekistan is with 2-0 was better than Panama, while Japan minimum score mastered selection of Russia.

Uzbekistan is against Panama in the lead came in the 68th minute with goal Abbas to make the final 2-0 eight minutes later set Ashurmatov.

A goal worthy of the first three points in the championship for Japan scored Uryu already after fifteen minutes of play.

at 2:18 PM
Email ThisBlogThis!Share to TwitterShare to FacebookShare to Pinterest
Labels: WC U17