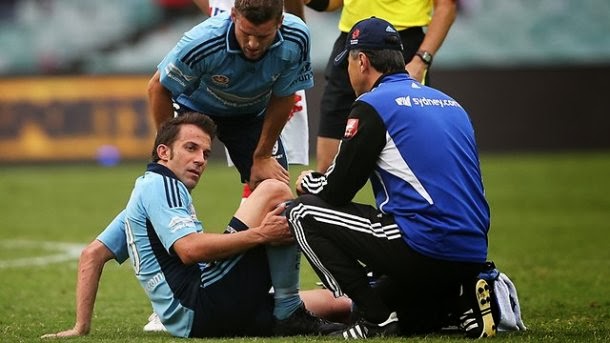 
Former Juventus soccer player and longtime captain old lady of Turin, and now the current player Sydney, was replaced after 32 minute due to injury.

At the moment Del Pieros leaving the lawn the score was 0-0, only to encounter ended up 4-0 victory Brisbane Roar.

For Brisbane, it was the second victory of the season, while Sydney has one victory and defeat.

at 12:43 AM
Email ThisBlogThis!Share to TwitterShare to FacebookShare to Pinterest
Labels: Australia