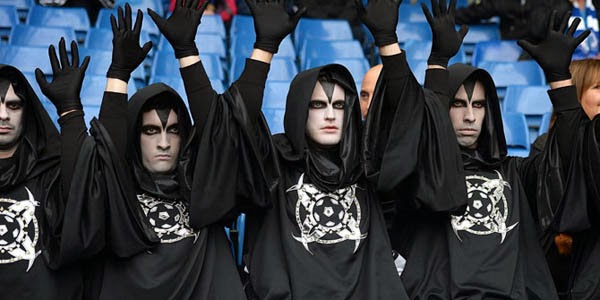 Everyone had tickled the imagination, and now we know what they were doing in the stands


Creepy guys who were masked with hoods and robes showed up in the stands at matches Chelsea, Bayern Munich and Juventus are in fact part of an advertising campaign.

At issue is the company "Samsung", which sponsored these clubs, and in the entire campaign is encased and the famous German football player Franz Beckenbauer.

The German was to the public informed that he was addressed by aliens who want to play football, and if overcome team of our planet will destroy the Earth. A few days earlier appeared the inscription "Winner takes the Earth."

Until now it was bait for continue campaigning. More will be known from the 1st November, and "Samsung" is this guerilla marketing literally drew the attention of the whole world.
at 7:13 AM
Email ThisBlogThis!Share to TwitterShare to FacebookShare to Pinterest
Labels: Europe News, News, sponsorship, Sport News