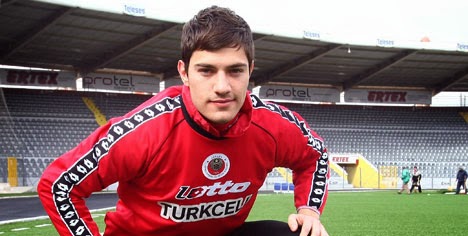 A late, late goal from James Troisi forced the sharing of the spoils.

In a fast, furious and controversial match the Reds were indebted to two refereeing blunders for their point in front of a full house of 16,506.

Victory's Connor Pain had the first clear-cut scoring opportunity after 15 minutes when he inexplicably shot over the bar from two metres out.

Victory was made to pay dearly for the glaring miss because Adelaide was awarded a penalty soon after when striker Jeronimo Neumann was deemed to have been brought down by goalkeeper Nathan Coe.

A deflected shot from substitute Awer Mabil hit the upright and Neumann was on hand to apply an easy tap-in.

Victory could have got back into the game after 32 minutes when Archie Thompson beat the Reds' offside trap and went away unopposed but he chose not to shoot when in an excellent position and passed to Pain, who was ruled offside.

Television replays however showed the decision was wrong.

Victoy played with more urgency in the second half and Adelaide's goalkeeper Eugene Galekovic did well to stop a drive from fullback Adama Traore.

Victory never gave up trying and penned the Reds in their own area for long periods.
Substitute midfielder Gui Finkler gave them hope with a goal 12 minutes and Thompson hit the bar with Galekovic beaten but the Reds held on for a precious win.

at 3:58 AM
Email ThisBlogThis!Share to TwitterShare to FacebookShare to Pinterest
Labels: Australia