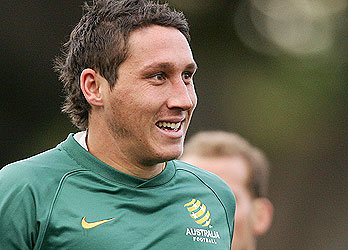 
The Eagles were rebuffed in two initial bids to pry the midfielder away from the A-League club Melbourne Victory but it is believed they have returned with a new proposal of $ 1.5million.

The Victory turned down a reported $ 500,000 offer for the Australian international, Which Palace claims was actually $ 1m, and they will now Reportedly weight of the fresh overture from the Selhurst Park outfit.

at 12:28 PM
Email ThisBlogThis!Share to TwitterShare to FacebookShare to Pinterest
Labels: Australia, Transfers