Socceroos arrive in Brazil for friendly

Socceroos arrive in Brazil for friendly 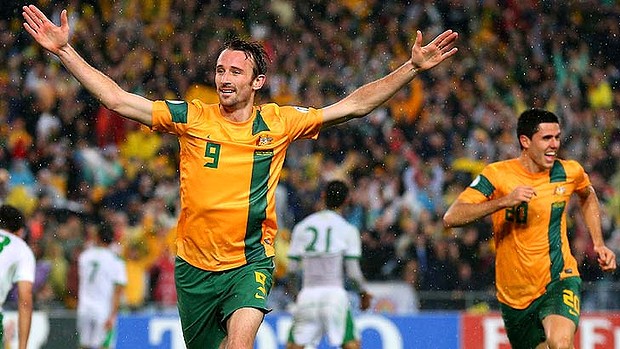 
Now the 22-year-old Central Coast Mariners striker is pinching himself at the dramatic rise that has him in the capital city Brasilia with the Socceroos preparing to face next year's World Cup hosts on Saturday (Sunday AEST).

While he was not expected to feature in the friendly international, Duke's chances of some game time have been boosted by the injury-enforced withdrawal of Tim Cahill.

Towering Josh Kennedy is likely to spearhead the Australian attack in Cahill's absence with mercurial veteran Archie Thompson also in the mix.

Duke's position in the pecking order will not stop him from lapping up the experience.

"The players, like Neymar and all of that - you watch on TV in awe of Their ability," Duke said.

'It's going to be absolutely unreal, even just being on the sidelines to watch the game.

"I'll soak up the experience anyway. If I get an opportunity (to play), it'll be absolutely just icing on the cake. '

Duke was a surprise inclusion in a near full-strength Socceroos squad after impressing coach Holger Osieck with two goals when he debut at the East Asian Cup tournament in South Korea in July.

"It's obviously a huge compliment and I'll take it," Duke said.

at 12:22 PM
Email ThisBlogThis!Share to TwitterShare to FacebookShare to Pinterest
Labels: Australia