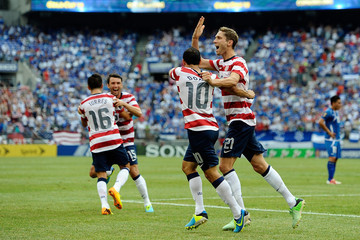 
Augsburg defender Michael Parkhurst has been called up to replace Brad Evans who was injured for Seattle Sounders on the weekend.

Parkhurst could step straight into the right-back position for World Cup qualifiers against Costa Rica in San Jose on Friday and Mexico in Columbus four days later.

at 1:24 PM
Email ThisBlogThis!Share to TwitterShare to FacebookShare to Pinterest
Labels: MLS news