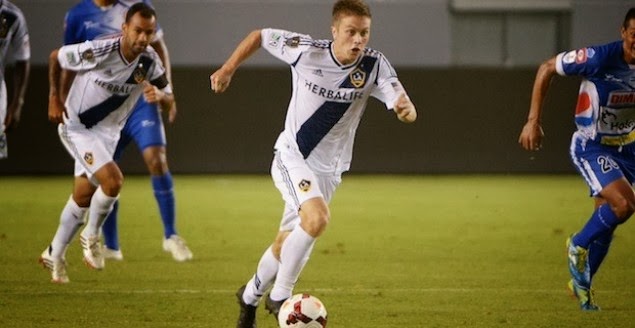 Houston  with seven points moved into first place in the group, while W Connection finished group play at 0-3-1 for one point.
Houston will play Panama's Arabe Unido, 2-1-0 for six points, on Oct. 24 in Panama. If Houston wins or ties, it will win the group and advance to the Champions League quarterfinals. If Arabe Unido wins, it will win the group and advance to the quarterfinals.
Johnson opened the scoring in the 39th minute, taking a clear attempt from W Connection goalkeeper Alejandro Figueroa back into the left box before sending a blast from 12 yards out into the right net.
Boswell extended the lead to 2-0 in the 51st minute, heading Alexander Lopez's corner kick off Joao Jordoa's arm and inside the near post.
Cartaginés 0-3 LA Galaxy
A reserve-heavy Los Angeles Galaxy defeated Club Sport Herediano 3-0 in CONCACAF Champions League group play at the Costa Rican National Stadium in San Jose, qualifying the American side for the CCL knockout rounds.
Los Angeles opened the scoring in just the sixth minute. Jack McBean slipped his marker and put a downward header onto Rafa Garcia's corner kick for the opener.
Chandler Hoffman doubled up in the 19th. Michael Stephens played a one-time cross from a McBean pass, and Hoffman was in place to redirect the ball in off the post.
Laurent Courtois added the third and final goal in the 30th minute, the veteran picking up a loose ball 25 yards out and slamming it home.
The win moves LA to 3-0-0 and ensures the Galaxy passage to the knockout round. They will still have to travel to El Salvador on Oct. 24 to play Isidro Metapan in the final group stage game.
at 11:10 AM
Email ThisBlogThis!Share to TwitterShare to FacebookShare to Pinterest
Labels: CONCACAF