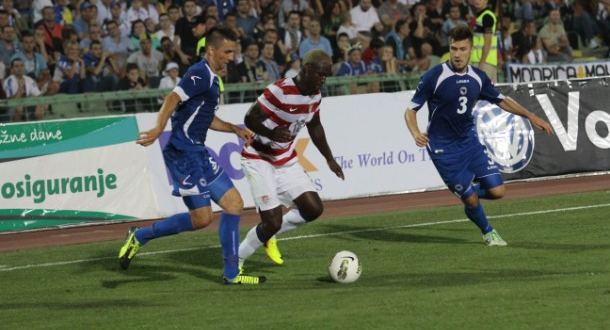 
Americans are in the 2013th year they lined up 12 wins, involving therefore the celebration at Kosevo against BiH national team in a friendly match. So have chosen Jurgen Klinsmann very, very good chance to set a new record when it comes to the number of consecutive wins national football team.

Interestingly, the series Spaniards of 15 win just stopped, when Americans were celebrating the 2-0 in the Confederations Cup semi-final 2009th year.

U.S. will achieve a new record for most consecutive wins if he manages to win four games to end the year. For the opponents will be Costa Rica, Mexico, Jamaica and Panama.